Pass slow and wide – the campaign needs your support 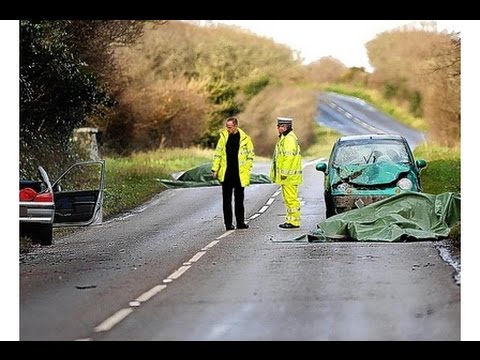 We are supporting this excellent campaign organised by Debbie Smith. Here is her story:

I started this petition and campaign back in September 2015 because I was fed up with the dangers horse riders face on the roads. We have as much right to be on a pubic highway as anyone else, we get verbal abuse, beeping of horns and revving of engines, cars speeding pass so close our stirrups get hit. We need protection and legal support.
The support I have had has been fantastic, I then got joined by Christine and John brindle who have helped me enormously by support and John making the pass wide and slow dvd which has got thousands of views on the internet, it is also included in my petition.
Christine and I have been to meet the transport Minister who has been supportive of our campaign and has promised action regarding a think horse campaign and also supporting us with enforcing the use of video evidence that it must be acted up on and not ignored by the police. He was shocked when he learnt of the abuse we have to put up with. This was an informative meeting with thanks from my local MP Dereck Thomas who has supported this campaign throughout from the start, who contacted me after for a meeting with me after I emailed the petition to him and offering me a meeting which was great, since then it has got over 87,000 signatures to this date.
I have support of two companies who are now offering part of their takings from their products sold on our group to raise money for the campaign, cannot thank them enough.
We need to change the law to make it a legal requirement to have to slow and pass a horse wide and abide our hand signals to stop and slow, to reinforce this we need to be riding with head cameras to gather the evidence to give to the police, as it stands at the moment action can only be taken if we can prove careless driving but by that time it is generally to late and th accident between the car , horse and rider has already happened, we need to be able to ask a car to stop to prevent a accident happening , if caught on camera they will get fined, charged. The statistics of accidents and deaths has risen highly in the last 10 years, this needs to decline, we need respect from drivers to help save lives. Please join pass wide and slow and help support our campaign and sign our petition .

Let's get in touch

Give us a call or send us a message, we endeavour to answer all enquiries as quickly as possible.

Complete the form and we'll get back to you as soon as possible. Please check your spam folders for emails from Rosemary@mdirf.co.uk. Thanks
07710 788364
rosemary@mdirf.co.uk
This website uses cookies to improve your experience. We'll assume you're ok with this, but you can opt-out if you wish. Cookie settings ACCEPT
Privacy & Cookies Policy

Any cookies that may not be particularly necessary for the website to function and is used specifically to collect user personal data via analytics, ads, other embedded contents are termed as non-necessary cookies. It is mandatory to procure user consent prior to running these cookies on your website.

Analytical cookies are used to understand how visitors interact with the website. These cookies help provide information on metrics the number of visitors, bounce rate, traffic source, etc.

Advertisement cookies are used to provide visitors with relevant ads and marketing campaigns. These cookies track visitors across websites and collect information to provide customized ads.

Performance cookies are used to understand and analyze the key performance indexes of the website which helps in delivering a better user experience for the visitors.

Other uncategorized cookies are those that are being analyzed and have not been classified into a category as yet.